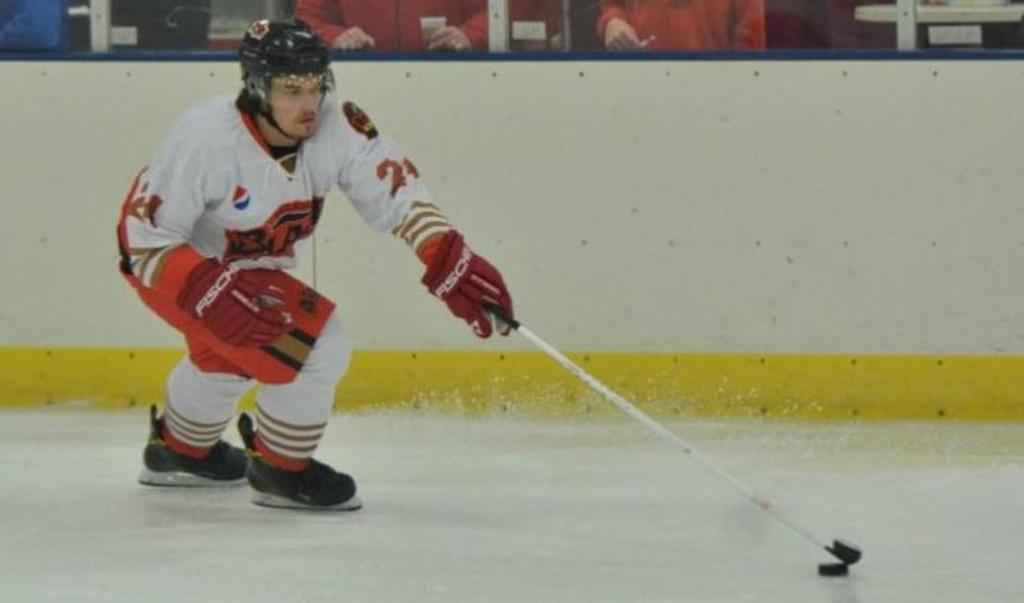 Choosing to play in the United States Premier Hockey League (USPHL) the past two seasons has done wonders for Ty Gartzke.

A 2000-born defenseman from Las Vegas, Gartzke is emerging as a top player for the Decatur Blaze, an organization based in Decatur, Ill., that is now in its fifth season in the USPHL.

Gartzke said that as the calendar flipped to 2020, he’s expecting big things for the Blaze and for himself down the stretch.

“I think that we have a lot of skillful individual players this season,” said Gartzke, originally from Chicago. “When we all put it together, we have the ability to make a great hockey team and thus far, we’ve shown it. Personally, I believe that using the knowledge that I gained from last year with the Blaze and years prior, that this could be a strong season for me.”

Entering February, Gartzke, who turned 20 on Jan. 4, has posted two goals and seven assists for nine points through 39 games for Decatur.

Blaze coach and general manager Zac Pearson, a former NCAA Division I hockey player at Ferris State University, said he can envision Gartzke one day suiting up in college.

“Ty is a stay-at-home defenseman who is quiet within the locker room,” Pearson said. “He’s a defensive defenseman who has a great stick that has helped him get more ice time on the penalty kill. Ty relies on his hockey smarts to help him in games. Ty is very smart and will be looking for schools that will focus on his education.”

During the 2018-19 season, Gartzke registered a goal and four assists for five points in 43 points with the Blaze.

“I went to a few different junior showcases and Coach Pearson saw me at one of them where afterwards, he contacted me with some information offering me a place to play,” remembered Gartzke. “After some research, I decided Decatur would be a good fit for me. This year, part of what brought me back was the atmosphere that the Blaze brings. It is a fun, yet serious, place to learn and develop as well as the games draw in a large number of fans that cheer and encourage you to be your best.”

Even as a youngster, Gartzke knew hockey was always the sport for him.

“After trying multiple other sports, I went to a professional hockey game and I decided it looked like fun,” said Gartzke. “So my grandfather took me skating and even at the age of five, it clicked for me right away. Then not long after that, I went to some youth hockey skates where I had a ton of fun.”

Moving to Las Vegas when he was still in high school, Gartzke played for the Nevada Storm (now Vegas Jr. Golden Knights) association during his youth hockey days.

Moving forward, Gartzke is excited at the opportunities that lie ahead for not only himself, but for the Blaze with the USPHL playoffs fast approaching.

“If we keep on our current path that we’re building for ourselves, we should end up in second place for the regular season (in the USPHL Premier Midwest East Division),” Gartzke said. “Going to Nationals would be a great way for the team to end the season.

“My short-term goals for hockey are to continue to try and develop as a person and a hockey player, as well as to build up some stats in the USPHL. Long term, though, I’d like to end up in a good college with an anthropology/archaeology program that, hopefully, has somewhere for me to play hockey.”